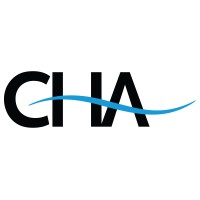 What are the highest paying jobs at CHA Consulting, Inc.?

Some of the firm’s first notable projects were work on Boston’s “Inner Belt” highway, and work on the Interstate Highways throughout the Northeast.

According to a recent listing by Engineering News-Record, a publication which ranks design firms based on information about their revenue, CHA is the 53rd largest engineering design firm in the United States.

CHA Consulting and its subsidiary companies were recently sold to First Reserve, a private equity firm which focuses on the acquisition of internationally-based energy companies.

CHA Consulting, Inc. Job Search in US and Canada

6 jobs that prepare you for side hustle success
Kyle Young
This is what work will look like in 2030, and it isn’t pretty
Kyle Schnitzer
The 7 highest-paying entry-level jobs
Hailey Hudson
Ladders / Company / CHA Consulting, Inc.