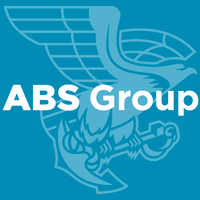 What are the highest paying jobs at ABS Group?

ABS, formerly Asia Broadcast Satellite, is a global satellite operator based in Hong Kong and officially incorporated in Bermuda. Its services include direct-to-home and satellite-to-cable TV distribution, cellular services, and internet services. Operating 6 communication satellites, the satellite fleet currently covers 93% of the world's population including the Americas, Africa, Asia Pacific, Europe, the Middle East, Russia and Commonwealth of Independent States.

ABS was recognized by the Export-Import Bank of the United States for the purchase of two all-electric satellites and one satellite utilizing conventional propellant using the bank's loans, which created "an estimated 3,700 high tech jobs," according to the bank.

Originally founded as in 1996 as Asia Broadcast Satellite, the company was renamed "ABS" in 2014.