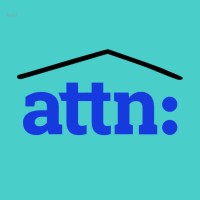 What are the highest paying jobs at ATTN:?

ATTN: is a media company based in Los Angeles, California. As of January 2018, the company receives more than 2 billion monthly impressions and over 500 million monthly video views, primarily on social media platforms like Facebook and Instagram

ATTN: was founded in 2014 by Matthew Segal and Jarrett Moreno. According to the company, they "break down important societal topics and conversations into digestible, entertaining videos and series across all platforms and are leaders when it comes to reaching people who want context on the issues and conversations that matter to them". The New York Times called ATTN:, “particularly skilled at translating complicated issues into short, cogent content.”

ATTN: Job Search in US and Canada

Top Jobs at ATTN: by City

These are the 10 best jobs if you want to retire early
Ashley Jones
How to quit your job (even if you just started)
Lani Assaf
What jobs can you get with a business degree?
Kattie Thorndyke
Ladders / Company / ATTN: