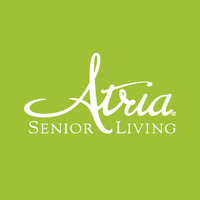 What are the highest paying jobs at Atria Senior Living?

Atria Senior Living is a privately held, for-profit senior housing company based in Louisville, Kentucky. The company operates more than 200+ communities in 28 states and seven Canadian provinces. Atria is one of the largest assisted living companies in the United States, providing housing and services to more than 20,000+ residents. In 2015, it was the "fourth largest assisted living owner-operator" in the United States. The company serves a moderate-to-upscale assisted living niche, primarily in suburban markets.

Atria Senior Living formed as a result of several mergers through the late 1990s and early 2000s. The companies involved in the mergers that ultimately became Atria Senior Living in 2003 were: ARV Assisted Living Inc., Kapson Senior Quarters and Atria Communities. In August 2007, Atria began managing 11 facilities formerly operated by Sterling Glen, most of which are located in the New York City metro area.

The company has a presence in all major US markets, with a concentration in California and the Northeast.

Atria Senior Living Job Search in US and Canada

America falls way short, adds fewer jobs than expected in April
Kyle Schnitzer
Everything you need to know about becoming a dermatologist
Ashley Jones
These US cities will pay up to $20,000 for you to relocate—but there’s always a catch
Benjamin Lorber
Ladders / Company / Atria Senior Living