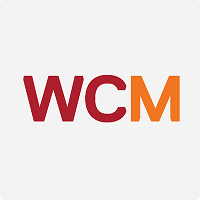 What are the highest paying jobs at Weill Cornell Medicine?

Weill Cornell Medicine /wa?l k??r?n?l/, officially the Joan & Sanford I. Weill Medical College of Cornell University, is the biomedical research unit and medical school of Cornell University, a private Ivy League university. The medical college is located at 1300 York Avenue, on the Upper East Side of Manhattan in New York City, along with the Weill Cornell Graduate School of Medical Sciences. The college is named for its benefactor, former Citigroup chairman Sanford Weill.

As one of the most selective medical schools in the United States, Cornell enrolls approximately 100 students per class from a pool of over 6,000 applicants, interviewing 700-750 applicants. For the class of 2022, the average undergraduate GPA and MCAT scores for successful applicants were 3.85 and 518, respectively. The Weill Cornell Medical College is currently tied for 19th place on U.S. News & World Report's "Best Medical Schools: Research" ranking.

Weill Cornell Medicine is affiliated with NewYork-Presbyterian/Weill Cornell Medical Center, Hospital for Special Surgery, Memorial Sloan Kettering Cancer Center, and Rockefeller University, all of which are located nearby on York Avenue. Weill Cornell's clinical affiliates rank highly, with the New York-Presbyterian Hospital ranked #1 in the region and #4 in the nation, the Hospital for Special Surgery ranked #1 in the nation for orthopedics and the Memorial Sloan Kettering Center #2 for cancer.

Weill Cornell Medicine Job Search in US and Canada

6 jobs that prepare you for side hustle success
Kyle Young
This is what work will look like in 2030, and it isn’t pretty
Kyle Schnitzer
The 7 highest-paying entry-level jobs
Hailey Hudson
Ladders / Company / Weill Cornell Medicine