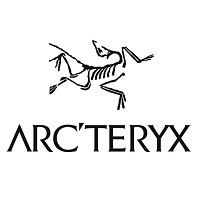 What are the highest paying jobs at ARC'TERYX?

Arc'teryx is a design company that sells outdoor clothing and climbing gear. The headquarters and design centre are located in North Vancouver, with a local manufacturing facility called "ARC’One", located in New Westminster. There are overseas teams located in Munich, Shanghai and Tokyo. The company is currently a subsidiary of Anta, the Chinese sportwear company.

The name and logo of Arc'teryx refer to Archaeopteryx, one of the first birds and a transitional form between earlier dinosaurs and modern birds. The logo, designed by graphic designer Micheal Hofler, is based on the "Berlin specimen", a fossil of the bird, the most complete skeleton found to date.

The company's products are sold at over eighty company-owned stores, in addition to 3,000 other retail locations.

Originally named Rock Solid by founder Dave Lane, the company's first line of products was climbing gear. Dave Lane sold his 50% interest to Blair Murdoch and Tim Duholke who became silent partners in 1989. Then-principal Jeremy Guard changed the company name to "Arc'teryx" in 1991 to reflect the company's vision of creating disruptive "evolutionary" innovation within the outdoor products industry. Using a heat laminate technology, the partners designed and marketed the Vapor harness, which would become the company's most popular item. In 1993, after a series of relocations and staff additions, Arc'teryx released the Bora backpack using the same Vapor technology. In 1996, after obtaining a license from W. L. Gore & Associates for use of the GORE-TEX fabric, the company adapted it for its new line of outdoor technical apparel.
Total value of jobs:
$290,000
Total Jobs:
2
Average Pay:
$96,666
% Masters:
29%

ARC'TERYX Job Search in US and Canada

Top Jobs at ARC'TERYX by City