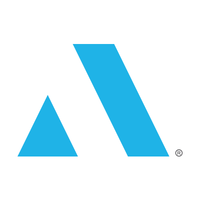 What are the highest paying jobs at Applied Systems?

Applied Biosystems is one of the various brands under the Life Technologies brand of Thermo Fisher Scientific corporation. The brand is focused on integrated systems for genetic analysis, which include computerized machines and the consumables used within them.

In 2008, a merger between Applied Biosystems and Invitrogen was finalized, creating Life Technologies. The latter was acquired by Thermo Fisher Scientific in 2014. Prior to 2008, the Applied Biosystems brand was owned by various entities in a corporate group parented by PerkinElmer. The roots of Applied Biosystems trace back to GeneCo, a pioneer biotechnology company founded in 1981 in Foster City, California. Through the 1980s and early 1990s, Applied Biosystems, Inc. operated independently and manufactured biochemicals and automated genetic engineering and diagnostic research instruments, including the principal brand of DNA sequencing machine used by the Human Genome Project consortium centers. Applied Biosystems' close ties to the consortium project led to the idea for the founding of Celera Genomics in 1998 as one of several independent competitors to the consortium.

Applied Systems Job Search in US and Canada

Applied Systems•Windsor, ON N8N 0A1

Everything you need to know about becoming a dermatologist
Ashley Jones
These US cities will pay up to $20,000 for you to relocate—but there’s always a catch
Benjamin Lorber
A guide to using social media to your advantage when job hunting
Sarah Dillon
Ladders / Company / Applied Systems