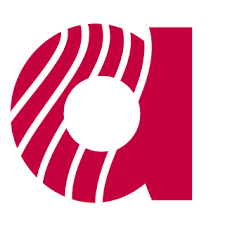 What are the highest paying jobs at Amplifon USA?

Amplifon SpA is an Italian-British company, based in Milan, and the world's largest hearing aid retailer.

Amplifon was founded in 1950 in Milan by Algernon Charles Holland, a former official of the British special forces, involved in the Italian Resistance movement. At the end of the World War II, he started a company aimed at supporting those who experienced hearing loss due to the conflict, establishing a widespread local presence and building a solid relationship with hearing care professionals.

In the 1960s and the 1970s, Amplifon opened stores in every region of Italy, becoming market leader in the supply, sales, and fitting of hearing aids. In 1971, the Amplifon Centre for Research and Studies was founded: an independent organisation aimed at spreading knowledge in the audiological and otological fields, through resources and research.

During the 90s, Amplifon began tailoring the services to the client, rolling out the first digital hearing aids in Italy in 1996. In this period the company gained a market share of over 40%.

In 1992, a new company was founded in Spain, Amplifon Iberica, which expanded into Portugal a few years later. Between 1998 and 2000, Amplifon entered Switzerland, Austria, France, Netherlands and the United States markets through acquisitions.

The Amplifon stock started to be traded in the Borsa Italiana in June 2001. In the same year, they entered a joint venture with Bardissi Medical in the Middle East, in Egypt, alongside the acquisition of stores in Hungary. In 2002, Amplifon acquired the Sonus Corporation in the United States, and later in 2003 took hold of the National Hearing Centers, a company with stores located primarily in large shopping centres.

Amplifon USA Job Search in US and Canada

6 jobs that prepare you for side hustle success
Kyle Young
This is what work will look like in 2030, and it isn’t pretty
Kyle Schnitzer
The 7 highest-paying entry-level jobs
Hailey Hudson
Ladders / Company / Amplifon USA