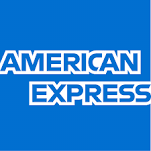 What are the highest paying jobs at American Express?

The American Express Company is a multinational financial services corporation headquartered at 200 Vesey Street in the Financial District of Lower Manhattan in New York City. The company was founded in 1850 and is one of the 30 components of the Dow Jones Industrial Average. The company's logo, adopted in 1958, is a gladiator or centurion whose image appears on the company's well-known traveler's cheques, charge cards, and credit cards.

During the 1980s, Amex invested in the brokerage industry, acquiring what became, in increments, Shearson Lehman Hutton and then divesting these into what became Smith Barney Shearson and a revived Lehman Brothers. By 2008 neither the Shearson nor the Lehman name existed.

In 2017, Forbes named American Express as the 23rd most valuable brand in the world, estimating the brand to be worth US$24.5 billion. In 2020, Fortune magazine ranked American Express at number 9 on their Fortune List of the Top 100 Companies to Work For in 2020 based on an employee survey of satisfaction.

American Express Job Search in US and Canada