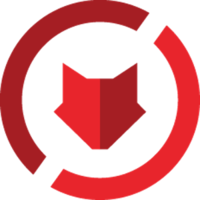 What are the highest paying jobs at ZeroFOX?

ZeroFOX is a cyber security company based in Baltimore, Maryland. It provides cloud-based software as a service for organizations to detect risks found on social media and digital channels, such as phishing, malware, scams, impersonator accounts, piracy, counterfeit and more.

ZeroFOX was created in 2013 under the name Riskive, but changed to its current name months later. The company began as a startup in an 8,000 sq. ft. space inside Betamore - a startup incubator in Baltimore's Federal Hill neighborhood. In 2015, ZeroFOX raised $27 million in Series B funding. By 2016, the company had outgrown its space and moved to an 18,000 sq. ft. space inside a former Pabst Brewing facility in South Baltimore. In 2017, ZeroFOX raised $40 million in funding led by Redline Capital Management, a European venture firm, and Silver Lake Waterman, a fund that focuses on pre-IPO companies. Prior investors New Enterprise Associates, Highland Capital Partners and Core Capital also contributed. The investment helped bring ZeroFOX’s total funding to $88 million.

ZeroFOX partners with other software organizations such as IBM, Hootsuite, Splunk, ThreatQuotient, and others to visualize, analyze, and predict cyber security threats to respond quickly to reduce the impact of incidents.

In 2020, ZeroFox closed a new $74 million round of financing led by Intel Capital. This funding round was one of the largest a Maryland cyber firm has landed in recent years. This brings ZeroFox's backing to $162 million to date.

Is this the worst job interview question? The internet seems to think so.
CW Headley
These are the 15 highest-paying psychology jobs
Hailey Hudson
6 jobs that prepare you for side hustle success
Kyle Young
Ladders / Company / ZeroFOX