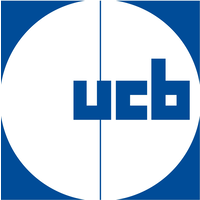 What are the highest paying jobs at UCB?

UCB is a multinational biopharmaceutical company headquartered in Brussels, Belgium. UCB is an international company with a revenue of €4.178 billion in 2016 which focuses primarily on research and development, specifically involving medications centered on epilepsy, Parkinson's, and Crohn's diseases. The company's efforts are focused on treatments for severe diseases treated by specialists, particularly in the fields of central nervous system disorders, inflammatory disorders, and oncology.

Every three years, the company presents the UCB Award under the patronage of the Queen Elisabeth Medical Foundation to promote neuroscience research. The winner of this award is selected by an independent scientific committee.

Head of Funding and Collaborations

UCB Job Search in US and Canada

Top Jobs at UCB by City

Head of IT G2M Analytics