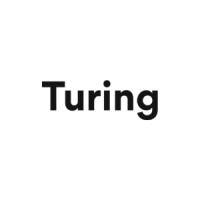 What are the highest paying jobs at Turing?

The company has two marketed products: Daraprim, for the treatment of toxoplasmosis, and Vecamyl for the treatment of hypertension. The company was widely criticized for raising the price of daraprim by 5456% following its acquisition of rights to the drug in 2015. After the price raise of the drug, the company's stocks dropped around 10%. CEO Martin Shkreli faced immense criticism for his actions. The company was named after Alan Turing, the computer scientist.

Turing Job Search in US and Canada

Top Jobs at Turing by City

These are the 15 highest-paying psychology jobs
Hailey Hudson
6 jobs that prepare you for side hustle success
Kyle Young
This is what work will look like in 2030, and it isn’t pretty
Kyle Schnitzer
Ladders / Company / Turing