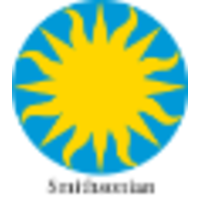 What are the highest paying jobs at Smithsonian Institution?

The Smithsonian Institution, often referred to simply as the Smithsonian, is a trust instrumentality, an organization established by the U.S. government as a public trust. It was founded on August 10, 1846, "for the increase and diffusion of knowledge" and is composed as a group of museums and research centers. The institution is named after its founding donor, British scientist James Smithson. It was originally organized as the United States National Museum, but that name ceased to exist as an administrative entity in 1967.

Called "the nation's attic" for its eclectic holdings of 154 million items, the Institution's 19 museums, 21 libraries, nine research centers, and zoo include historical and architectural landmarks, mostly located in the District of Columbia. Additional facilities are located in Maryland, New York, and Virginia. More than 200 institutions and museums in 45 states, Puerto Rico, and Panama are Smithsonian Affiliates. Institution publications include Smithsonian and Air & Space magazines.

The Institution's 30 million annual visitors are admitted without charge. Its annual budget is around $1.25 billion, with two-thirds coming from annual federal appropriations. Other funding comes from the Institution's endowment, private and corporate contributions, membership dues, and earned retail, concession, and licensing revenue. As of 2021, the Institution's endowment had a total value of about $5.4 billion.
Total value of jobs:
$4,010,000
Total Jobs:
1
Average Pay:
$114,571
Total Experts:
2
% Masters:
50%

Smithsonian Institution Job Search in US and Canada

What jobs can you get with a business degree?
Kattie Thorndyke
How to answer “What’s your desired salary?” (with 8 best responses)
Jessica Li
You have a “great” job offer… now what?
Kayla Duperreault
Ladders / Company / Smithsonian Institution