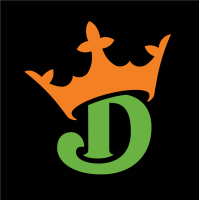 What are the highest paying jobs at Draft Kings?

As of April 2016, the majority of U.S. states consider fantasy sports a game of skill and not gambling. In November 2016, FanDuel and DraftKings, the two largest companies in the daily fantasy sports industry, reached an agreement to merge. However the merger was terminated in July 2017 due to it being blocked by the Federal Trade Commission as the combined company would have controlled a 90 percent of the market for daily fantasy sports. As of July 2017, DraftKings had eight million users.

Draft Kings Job Search in US and Canada

6 jobs that prepare you for side hustle success
Kyle Young
This is what work will look like in 2030, and it isn’t pretty
Kyle Schnitzer
The 7 highest-paying entry-level jobs
Hailey Hudson
Ladders / Company / Draft Kings