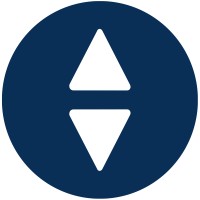 What are the highest paying jobs at Sleep Number?

Sleep Number is a U.S.-based manufacturer that makes the Sleep Number and Comfortaire beds, as well as foundations and bedding accessories. The company is based in Minneapolis, Minnesota. In addition to its Minnesota headquarters, Sleep Number has manufacturing and distribution facilities in South Carolina and Utah. As of 2018, the company employed 4,220 people across the United States.

Sleep Number was founded in 1987 as Select Comfort by Robert "Bob" Walker and his wife JoAnn Walker. In 2014, Bob Walker was convicted by a jury of fraud, tax evasion, witness tampering and conspiracy for repeatedly misleading investors about the prospects for success of an alternative energy company he founded, Bixby Energy. He was sentenced to 25 years in prison.

Sleep Number Job Search in US and Canada

America falls way short, adds fewer jobs than expected in April
Kyle Schnitzer
Everything you need to know about becoming a dermatologist
Ashley Jones
These US cities will pay up to $20,000 for you to relocate—but there’s always a catch
Benjamin Lorber
Ladders / Company / Sleep Number