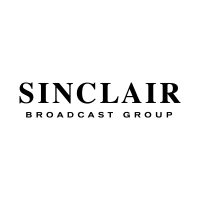 What are the highest paying jobs at Sinclair Broadcast Group, Inc?

Sinclair Broadcast Group, Inc. is a publicly traded American telecommunications conglomerate that is controlled by the descendents of company founder Julian Sinclair Smith. Headquartered in the Baltimore suburb of Cockeysville, Maryland, the company is the second-largest television station operator in the United States by number of stations , owning or operating a total of 193 stations across the country in over 100 markets, many of which are located in the South and Midwest, and is the largest owner of stations affiliated with Fox, ABC, and The CW. Sinclair also owns four digital multicast networks, sports-oriented cable networks, and a streaming service, and owns or operates four radio stations in the Pacific Northwest. Among other non-broadcast properties, Sinclair also owns the professional wrestling promotion Ring of Honor and its streaming service Honor Club. On June 2, 2021, it was announced that Sinclair is a Fortune 500 company, having annual revenues of $5.9 billion in 2020.

A 2019 study in the American Political Science Review found that "stations bought by Sinclair reduce coverage of local politics, increase national coverage and move the ideological tone of coverage in a conservative direction relative to other stations operating in the same market." The company has been criticized by journalists and media analysts for requiring its stations to broadcast packaged video segments and its news anchors to read prepared scripts that contain editorial content, including warnings about purported "fake news" in mainstream media.

Sinclair Broadcast Group, Inc Job Search in US and Canada

19 examples of STAR interview questions (plus how to answer them using STAR method)
Jennifer Fabiano
Is this the worst job interview question? The internet seems to think so.
CW Headley
These are the 15 highest-paying psychology jobs
Hailey Hudson
Ladders / Company / Sinclair Broadcast Group, Inc