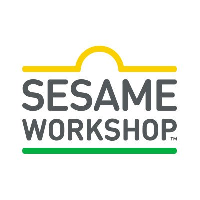 What are the highest paying jobs at Sesame Workshop?

Sesame Workshop, formerly known as the Children's Television Workshop, is an American nonprofit organization that has been responsible for the production of several educational children's programs—including its first and best-known, Sesame Street—that have been televised internationally. Television producer Joan Ganz Cooney and foundation executive Lloyd Morrisett developed the idea to form an organization to produce Sesame Street, a television series which would help children, especially those from low-income families, prepare for school. They spent two years, from 1966 to 1968, researching, developing, and raising money for the new series. Cooney was named as the Workshop's first executive director, which was termed "one of the most important television developments of the decade."

Sesame Street premiered as a series on National Educational Television in the United States on November 10, 1969, and moved to NET's successor, the Public Broadcasting Service, in late 1970. The Workshop was formally incorporated in 1970. Gerald S. Lesser and Edward L. Palmer were hired to perform research for the series; they were responsible for developing a system of planning, production, and evaluation, and the interaction between television producers and educators, later termed the "CTW model". They also hired a staff of producers and writers. After the initial success of Sesame Street, they began to plan for its continued survival, which included procuring additional sources of funding and creating other television series. The early 1980s were a challenging period for the Workshop; difficulty finding audiences for their other productions and a series of bad investments harmed the organization until licensing agreements stabilized its revenues by 1985.