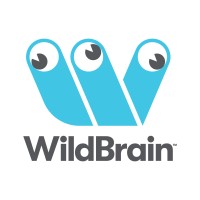 What are the highest paying jobs at WildBrain?

WildBrain Ltd. is a Canadian media, production, and brand licensing company, that is mostly associated as an entertainment company. The company is known for owning the largest library of children's television programming, which is distributed through its multi-channel network, WildBrain Spark, and a group of Canadian specialty television channels.

DHX was founded in 2006 when the entertainment entrepreneurs Michael Donovan and Steven DeNure gained control of Decode Entertainment and the Halifax Film Company.

WildBrain Job Search in US and Canada

Top Jobs at WildBrain by City

6 jobs that prepare you for side hustle success
Kyle Young
This is what work will look like in 2030, and it isn’t pretty
Kyle Schnitzer
The 7 highest-paying entry-level jobs
Hailey Hudson
Ladders / Company / WildBrain