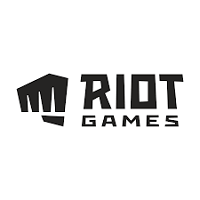 What are the highest paying jobs at Riot Games?

Riot Games, Inc. is an American video game developer, publisher, and esports tournament organizer based in West Los Angeles, California. The company was founded in September 2006 to develop League of Legends, a multiplayer online battle arena game. Since the game's release in 2009, Riot has produced several spin-offs in the same franchise as well as Valorant, a first-person shooter unrelated to League of Legends. The company operates 14 international League of Legends esports leagues as well as the League of Legends World Championship and the Valorant Champions Tour. As of May 2018, Riot had 24 offices across the world and employed around 2,500 staff. Since its foundation, Riot has acquired two companies, Radiant Entertainment and Hypixel Studios. Since 2011, Riot has been a subsidiary of Chinese conglomerate Tencent.

Riot has received criticism for allegations of gender discrimination and sexual harassment in the workplace and, consequently, for its use of forced arbitration in disputes.