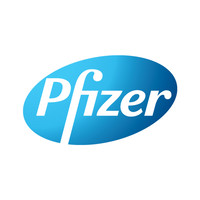 What are the highest paying jobs at Pfizer?

King Pharmaceuticals, is a wholly owned subsidiary of Pfizer based in Bristol, Tennessee. Before being acquired by Pfizer, it was the world's 39th largest pharmaceutical company. On October 12, 2010, King was acquired by Pfizer for $14.25 per share. King produced a wide range of pharmaceuticals, including Altace for heart attack prevention, Levoxyl for hypothyroidism, Sonata, a sleeping aid, and Skelaxin, a muscle relaxant. King Pharmaceuticals operated manufacturing facilities in Bristol, Tennessee; Rochester, Michigan; St. Louis, Missouri; St. Petersburg, Florida; and Middleton, Wisconsin. They employed approximately 2,700 people including a sales force of over 1,000 individuals.

Pfizer Job Search in US and Canada

Top Jobs at Pfizer by City