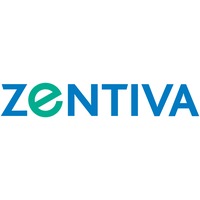 What are the highest paying jobs at Zentiva?

Zentiva is a pharmaceutical company based in Prague, Czech Republic. The Company is developing, manufacturing and marketing a wide range of generic and OTC products.

Zentiva employs more than 4 500 people across Europe and has three manufacturing sites, in Prague, Bucharest and Ankleshwar.

The roots of the Czech pharmaceutical company date back to 1488 with the Black Eagle Pharmacy located in the Prague city center: Malá Strana. In 1857 pharmacy was bought by Benjamin & Karel Fragner. His expansion plans were started by his son Dr. Karel Fragner and further expanded by Dr.Ing. Ji?í Fragner. He, together with his brother, an architect Jaroslav Fragner, built and designed a new modern pharmaceutical factory in Dolní M?cholupy, which is now a part of Prague. Today Zentiva's headquarters are located on the original factory premises.

The factory “Benjamin Fragner” started to produced medicines in August 1930. Its profitability was set upon a solid bedrock of active substances, with which intensive Research and Development started. During World War II, after Czech universities were shut down following German-occupation, the Fragner factory became a refuge for many notable specialists. For example, one of the first successful isolation of penicillin was achieved on this site.

In 1946 the company is nationalised by the Czech government and the factory and the pharmacy are split apart. The factory became part of SPOFA employing 750. It was the leading pharmaceutical site in post-war Czechoslovakia. In the early sixties, to satisfy the demand of growing need of dosage forms, the question of upgrading the site to further increase the manufactured amounts was raised. The upgrade was completed in 1979 and led to the construction of new modern production facilities.
% Masters:
100%