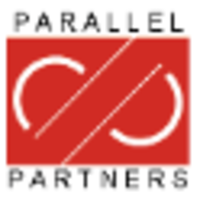 What are the highest paying jobs at Parallel Partners?

Parallels is a software company based in Bellevue, Washington; it is primarily involved in the development of virtualization software for macOS. The company has offices in 15 countries, including the United States, Germany, United Kingdom, France, Japan, China, Spain, Russia, Australia and Ukraine, and has over 800 employees.

SWsoft's acquisition of Parallels was more or less kept under wraps until January 2004, two years before Parallels became mainstream. In 2004 SWsoft acquired Parallels, Inc. and Parallels Workstation for Windows and Linux 2.0 was released, with Parallels Desktop for Mac following in mid 2006. Later the same year the corporate headquarters moved from Herndon, Virginia to Renton, Washington.

America falls way short, adds fewer jobs than expected in April
Kyle Schnitzer
Everything you need to know about becoming a dermatologist
Ashley Jones
These US cities will pay up to $20,000 for you to relocate—but there’s always a catch
Benjamin Lorber
Ladders / Company / Parallel Partners