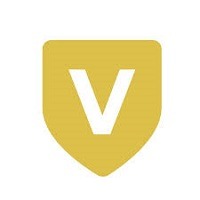 What are the highest paying jobs at Vestwell?

Honeywell is a Fortune 100 company, ranked 92nd in 2019. The corporation has a global workforce of approximately 110,000 workers, with approximately 44,000 employed in the United States. The current chairman and chief executive officer is Darius Adamczyk.

The corporation's current name, Honeywell International Inc., is the product of a merger of Honeywell Inc. by acquisition to AlliedSignal during 1999. The corporation headquarters were consolidated with AlliedSignal's headquarters in Morristown, New Jersey; however, the combined company chose the name "Honeywell" because of the considerable brand recognition. Honeywell was a component of the Dow Jones Industrial Average index from 1999 to 2008. Prior to 1999, its corporate predecessors were included dating back to 1925, including early entrants in the computing and thermostat industries.

In 2020, Honeywell rejoined the Dow Jones Industrial Average index and the following year moved its stock listing from the New York Stock Exchange to the Nasdaq.

Vestwell Job Search in US and Canada

Top Jobs at Vestwell by City

You have a “great” job offer… now what?
Kayla Duperreault
Do personality tests make it harder to hire the right person?
Sara London
19 examples of STAR interview questions (plus how to answer them using STAR method)
Jennifer Fabiano
Ladders / Company / Vestwell