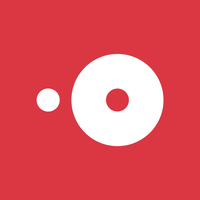 What are the highest paying jobs at OpenTable?

OpenTable is an online restaurant-reservation service company founded by Sid Gorham, Eric Moe and Chuck Templeton on 2 July 1998 and is based in San Francisco, California.

In 1998, the website began operations offering reservations at a limited selection of restaurants in San Francisco. Restaurants that signed up with the service used the company's back-end software to process the reservations made on the website, resulting in a real-time reservation system for both diners and restaurants. The service has since expanded to cover more than 30,000 restaurants in most U.S. states as well as in several major international cities. Reservations can be made online through its website. On June 13, 2014 the company announced it had agreed to terms with the Priceline Group to be acquired in an all-cash deal for $2.6 billion.

The company's home market consists of the United States. However, this has expanded to include Australia, Canada, France, Germany, Japan, Mexico, and the United Kingdom. Reservations are free to end users; the company charges restaurants flat monthly and per-reservation fees for their use of the system. According to the company, it provides online reservations for more than 60,000 restaurants around the world and seats over 1 billion diners per year.

OpenTable Job Search in US and Canada

Top Jobs at OpenTable by City

6 jobs that prepare you for side hustle success
Kyle Young
This is what work will look like in 2030, and it isn’t pretty
Kyle Schnitzer
The 7 highest-paying entry-level jobs
Hailey Hudson
Ladders / Company / OpenTable