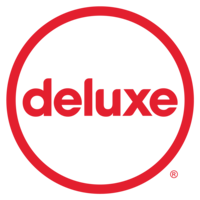 What are the highest paying jobs at Deluxe Entertainment Services Group?

Deluxe Media Inc., formerly Deluxe Entertainment Services Inc. is an American media company whose clients include motion picture groups, television studios, digital content providers, and advertising agencies. The company has been recognized with ten Academy Awards for scientific and technical achievement, including developments in CinemaScope pictures and, more recently, for a process of creating archival separations from digital image data. Founded in 1915 by producer William Fox, Deluxe's headquarters are in Los Angeles and New York, with operations in 25 media markets worldwide.

Deluxe began as a film processing laboratory which was part of a conglomeration owned and operated by producer William Fox in the early 1900s. Fox established the De Luxe laboratory in 1915 as part of Fox Film Corporation in Fort Lee, New Jersey.

In 1916, Fox Film Corporation opened its studio in Hollywood at Sunset and Western. The first Deluxe film laboratory on the west coast was built on the south side of the lot, and the laboratory was moved to the new Fox studios building on Manhattan's west side in 1919, where it remained for over 40 years. The "business manager" of the laboratory was Alan E. Freedman, who guided the company into the 1960s.

During the Great Depression, Fox Film Corporation encountered financial difficulties. Among the actions taken to maintain liquidity, Fox sold the laboratories in 1932 to Freedman, who renamed the operation Deluxe. Under Freedman's leadership, Deluxe added two more plants in Chicago and Toronto. In January 1934, Fox was granted an option to rebuy DeLuxe before December 31, 1938. 20th Century Fox exercised this option in July 1936, with Freedman remaining as president.

Deluxe Entertainment Services Group Job Search in US and Canada

8 high paying remote jobs you can get right now (and how to get hired there)
Sara London
7 ways to manage the effects of job search fatigue
Rolf Bax
Have you been the victim of 1 of these 7 cases of wrongful termination?
AnnaMarie Houlis
Ladders / Company / Deluxe Entertainment Services Group