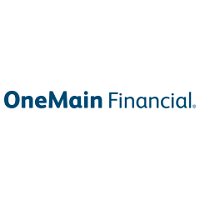 What are the highest paying jobs at OneMain Financial?

OneMain Holdings, Inc. is an American financial services holding company headquartered in Evansville, Indiana, with central offices throughout the United States. The company wholly owns OneMain Finance Corporation and its subsidiaries, through which it operates in the consumer finance and insurance industries as OneMain Financial. Its business primarily focuses on providing personal loans and optional insurance products to customers with limited access to traditional lenders, such as banks and credit card companies.

OneMain's roots stretch back to 1912 when it was founded by Alexander E. Duncan as Commercial Credit Company in Baltimore, Maryland. Through a series of mergers and acquisitions, Commercial Credit Company eventually became a subsidiary of Citigroup and was known as CitiFinancial. After the 2008 financial crisis, Citigroup reorganized its business, with the company regarding CitiFinancial as a noncore business that it renamed to OneMain Financial and sought to sell. Meanwhile, Interstate Finance Corporation was founded in Evansville in 1920 and experienced its own series of mergers and acquisitions until it became American General Finance, the consumer finance subsidiary of AIG. In November 2010, Fortress Investment Group purchased a majority stake in American General Finance and renamed it to Springleaf Financial the following year. In November 2015, Springleaf Financial acquired OneMain Financial, with OneMain becoming the surviving brand.

OneMain Financial Job Search in US and Canada