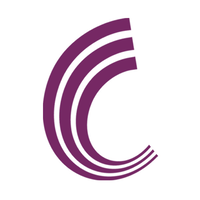 What are the highest paying jobs at Computershare?

Computershare Limited was founded in 1978 in Melbourne, Australia, and has grown largely through overseas acquisitions.

In 1997, the Australian-based Computershare expanded its registry business to include financial markets in New Zealand and the United Kingdom and acquired the Royal Bank of Scotland's registrar department. In subsequent years, it expanded its business into Ireland, South Africa, and Hong Kong. In 2004, Computershare acquired the stock transfer sectors of Harris Bank and Montreal Trust and purchased the German-based Pepper Technologies AG. Since 2004, Computershare has acquired registry companies in Russia and India.

In 2006 it bought the shareholder management services from National Bank of Canada.

Computershare Job Search in US and Canada

Top Jobs at Computershare by City

Use this thank you email after a phone interview to secure your next offer
Capitol Standard Staff
If you’re over 50, these are the industries that will be hiring the most
Kyle Schnitzer
Everything you need to know about becoming a lobbyist
Meredith Schneider
Ladders / Company / Computershare