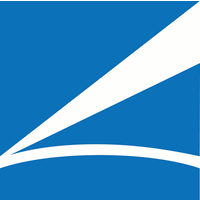 What are the highest paying jobs at Nihon Kohden?

Nihon Kohden Corporation is a Tokyo-based leading manufacturer, developer and distributor of medical electronic equipment, which include EEGs, EMG measuring systems, ECGs, patient monitors and clinical information systems, with subsidiaries in the U.S., Europe and Asia. The company's products are now used in more than 120 countries, and it is the largest supplier of EEG products worldwide.

In 1972, Takuo Aoyagi, a researcher at the company, invented and patented the basic principles of pulse oximetry. Two years later he developed the world's first pulse oximeter, which has helped improve patient safety during anaesthesia.

Nihon Kohden Job Search in US and Canada

One man found 62 resumes in the trash, fixed them, and hired 14 people
Entrepreneur Staff
10 alternative careers for doctors
Anna Hmara via Get Cover Letter
Everything you need to know about becoming a data scientist
Ashley Jones
Ladders / Company / Nihon Kohden