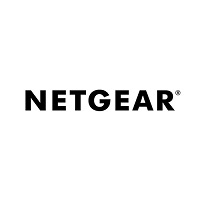 What are the highest paying jobs at NetGear?

Netgear, Inc. is a multinational computer networking company based in San Jose, California, with offices in about 25 other countries. It produces networking hardware for consumers, businesses, and service providers. The company operates in three business segments: retail, commercial, and as a service provider.

Netgear's products cover a variety of widely used technologies such as wireless, Ethernet and powerline, with a focus on reliability and ease-of-use. The products include wired and wireless devices for broadband access and network connectivity, and are available in multiple configurations to address the needs of the end-users in each geographic region and sector in which the company's products are sold.

As of 2020, Netgear products are sold in approximately 24,000 retail locations around the globe, and through approximately 19,000 value-added resellers, as well as multiple major cable, mobile and wireline service providers around the world.

NetGear Job Search in US and Canada

Top Jobs at NetGear by City