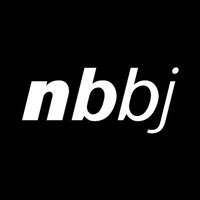 What are the highest paying jobs at NBBJ?

NBBJ provides services in architecture, interiors, planning and urban design, branding, consulting, landscape design, and lighting. The firm is involved in multiple markets and building types including: civic, corporate, commercial, healthcare, higher education, science, sports, and transportation. It is the only architecture firm to be named a Global Growth Company by the World Economic Forum and a member of the New Cities Foundation.

The firm accepted the Architecture 2030 challenge, a global initiative stating that all new buildings and major renovations reduce their fossil-fuel GHG-emitting consumption by 50 percent by 2010, incrementally increasing the reduction for new buildings to carbon neutral by 2030. In addition, the firm has been recognized by Engineering News-Record magazine as one of the most green architecture firms in the United States.

NBBJ Job Search in US and Canada

Top Jobs at NBBJ by City