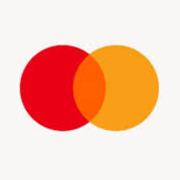 What are the highest paying jobs at MasterCard?

Mastercard Incorporated is an American multinational financial services corporation headquartered in the Mastercard International Global Headquarters in Purchase, New York, United States. The Global Operations Headquarters is located in O'Fallon, Missouri, United States, a municipality of St. Charles County, Missouri. Throughout the world, its principal business is to process payments between the banks of merchants and the card-issuing banks or credit unions of the purchasers who use the "Mastercard" brand debit, credit and prepaid cards to make purchases. Mastercard Worldwide has been a publicly traded company since 2006. Prior to its initial public offering, Mastercard Worldwide was a cooperative owned by the more than 25,000 financial institutions that issue its branded cards.

Mastercard, originally known as "Interbank" from 1966 to 1969 and "Master Charge" from 1969 to 1979, was created by an alliance of several regional bankcard associations in response to the BankAmericard issued by Bank of America, which later became the Visa credit card issued by Visa Inc.

MasterCard Job Search in US and Canada

Top Jobs at MasterCard by City