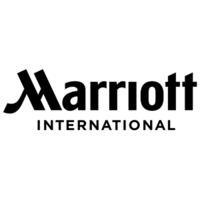 What are the highest paying jobs at Marriott International?

Marriott International, Inc. is an American multinational company that operates, franchises, and licenses lodging including hotel, residential, and timeshare properties. It is headquartered in Bethesda, Maryland. The company was founded by J. Willard Marriott and his wife Alice Marriott; the executive chairman of the company is now their son, Bill Marriott and the Marriott family retains majority ownership of the company. Marriott is the largest hotel chain in the world by the number of available rooms. It has 30 brands with 7,642 properties containing 1,423,044 rooms in 131 countries and territories. Of these 7,642 properties, 2,149 are operated by Marriott, and 5,493 are operated by others pursuant to franchise agreements. The company also operates 20 hotel reservation centers.

Since the founders were Mormon missionaries, copies of the Book of Mormon are provided in hotel rooms in addition to the Bible.

Marriott International Job Search in US and Canada

Director of Finance and Accounting

Director of Finance and Accounting