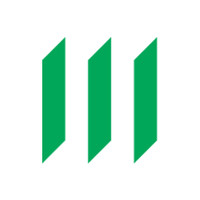 What are the highest paying jobs at Manulife Financial Corporation?

Manulife Financial Corporation is a Canadian multinational insurance company and financial services provider headquartered in Toronto, Ontario. The company operates in Canada and Asia as "Manulife" and in the United States primarily through its John Hancock Financial division. As of December 2015, the company employed approximately 34,000 people and had 63,000 agents under contract, and has CA$935 billion in assets under management and administration. Manulife at one point serviced over 26 million customers worldwide.

Manulife is the largest insurance company in Canada and the 28th largest fund manager in the world based on worldwide institutional assets under management.

Manulife Bank of Canada is a wholly owned subsidiary of Manulife.

Manulife Financial Corporation Job Search in US and Canada

6 career changes you can make mid-life (and how)
Meredith Schneider
Everything you need to know about becoming a rheumatologist
Ashley Jones
If you wear these colors on your video interview, it could cost you the job
Meredith Lepore
Ladders / Company / Manulife Financial Corporation