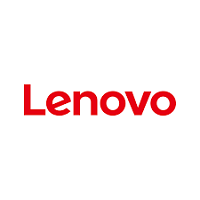 What are the highest paying jobs at Lenovo?

Lenovo Group Limited, often shortened to Lenovo, is a Chinese multinational technology company. Incorporated in Hong Kong, it has global headquarters in Beijing, China, operational headquarters in Morrisville, North Carolina, US, and an operational center in Singapore. The company designs, develops, manufactures, and sells personal computers, tablet computers, smartphones, workstations, servers, supercomputers, electronic storage devices, IT management software, and smart televisions, and is the world's largest personal computer vendor by unit sales as of January 2021. It also markets the ThinkPad and ThinkBook business lines of laptop computers; IdeaPad, Yoga, and Legion consumer lines of laptop computers; and the IdeaCentre and ThinkCentre lines of desktop computers.

Lenovo has operations in over 60 countries and sells its products in around 180 countries. It has research centers in Beijing, Chengdu, Yamato, Shanghai, Shenzhen, and Morrisville, and also has Lenovo NEC Holdings, a joint venture with NEC that produces personal computers for the Japanese market.

Lenovo Job Search in US and Canada

Top Jobs at Lenovo by City

Use this thank you email after a phone interview to secure your next offer
Capitol Standard Staff
If you’re over 50, these are the industries that will be hiring the most
Kyle Schnitzer
Everything you need to know about becoming a lobbyist
Meredith Schneider
Ladders / Company / Lenovo