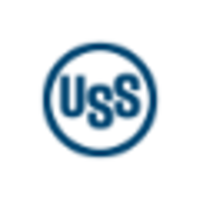 What are the highest paying jobs at U. S. Steel?

United States Steel Corporation, more commonly known as U.S. Steel, is an American integrated steel producer headquartered in Pittsburgh, Pennsylvania, with production operations in the United States and Central Europe. As of 2018, the company was the world's 27th-largest steel producer and the second-largest in the US, trailing only Nucor Corporation.

Though renamed USX Corporation in 1986, the company was renamed United States Steel in 2001 after spinning off its energy business, including Marathon Oil, and other assets from its core steel concern.
Total value of jobs:
$265,000
Average Pay:
$132,500
Total Experts:
3
% Masters:
28%

Top Experts at U. S. Steel

8 high paying remote jobs you can get right now (and how to get hired there)
Sara London
7 ways to manage the effects of job search fatigue
Rolf Bax
Have you been the victim of 1 of these 7 cases of wrongful termination?
AnnaMarie Houlis
Ladders / Company / U. S. Steel