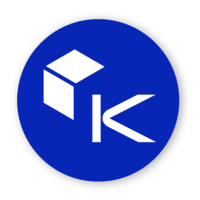 What are the highest paying jobs at Kepler Communications?

Kepler Communications Inc. is a private telecommunications company based in Toronto, Ontario, Canada. The company’s stated mission is to deliver affordable network connectivity across the globe via a growing network of small satellites.

Kepler Communications is working to build a constellation of small, shoebox-sized satellites based on the CubeSat standard to deliver connectivity to other satellites and ground-based stations, allowing for near real-time exchange of data from IoT devices, large scale data backhaul services, and ultimately command and control for other space-based assets.

Both are in Sun-Synchronous polar orbits. Company officials have stated a goal of growing their constellation up to 140 units, all located in Low Earth Orbit, approximately 575 km above the Earth’s surface. Their third satellite, TARS, is expected to launch before the end of 2019.

The names KIPP, CASE, and TARS are taken from the fictitious US Marine Corps robots of the same name in the 2014 film “Interstellar”.

Kepler Communications Job Search in US and Canada