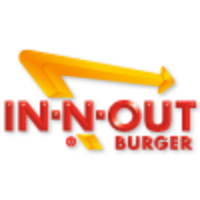 What are the highest paying jobs at InNOut Burger?

In-N-Out Burger is an American regional chain of fast food restaurants with locations primarily in California and the Southwest. It was founded in Baldwin Park, California, in 1948 by Harry Snyder and Esther Snyder. The chain is currently headquartered in Irvine, California and has expanded outside Southern California into the rest of California, as well as into Arizona, Nevada, Utah, Texas, Oregon, and Colorado. The current owner is Lynsi Snyder, the Snyders' only grandchild.

As the chain has expanded, it has opened several distribution centers in addition to its original Baldwin Park location. The new facilities, located in Lathrop, California; Phoenix, Arizona; Draper, Utah; Dallas, Texas; and Colorado Springs, Colorado will provide for potential future expansion into other parts of the country.

In-N-Out Burger has chosen not to franchise its operations or go public; one reason is the prospect of quality or customer consistency being compromised by excessively rapid business growth. The company's business practices have been noted for employee-centered personnel policies. For example, In-N-Out is one of the few fast food chains in the United States to pay its employees more than state and federally mandated minimum wage guidelines – starting at $14 per hour in California, as of July 2019. The In-N-Out restaurant chain has developed a highly loyal customer base and has been rated as one of the top fast food restaurants in several customer satisfaction surveys.
Total value of jobs:
$1,780,000
Average Pay:
$104,705
Total Experts:
1