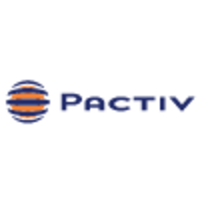 What are the highest paying jobs at Pactiv?

Pactiv’s roots stretch back to 1959, when Central Fibre, American Boxboard, and Ohio Boxboard merged to form Packaging Corporation of America. Those companies bear little resemblance to the company today, as they operated paper mills that exclusively produced cardboard boxes.

Tenneco Inc. purchased PCA in 1965, and during the next 34 years the company undertook a number of acquisitions, including the acquisition of Mobil Plastics Company in 1995 and Amoco Foam Products Company in 1996, which formed the basis of the current Pactiv business. As a result, its product portfolio expanded to include aluminum, clear plastic, foam products, molded fiber and pressware.

The company name has changed numerous times, from PCA to Tenneco Packaging Inc. to Pactiv Corporation, when it was spun off by Tenneco, becoming an independent company. Since 1999, the company has pursued a number of strategic mergers and acquisitions, each with an eye toward strengthening its position in the foodservice packaging industry, including adding Jaguar, Newspring, Prairie Packaging, and PWP Industries.

In 2010, Pactiv was acquired by Rank Group Ltd, and became part of Reynolds Group Holdings Limited, a global manufacturer and supplier of consumer food and beverage packaging and storage products. Since the Rank acquisition, the company continued to grow, incorporating the legacy Reynolds Foodservice business to Pactiv, acquiring Dopaco in 2011, adding International Tray Pads and Packaging and Interplast Packaging in 2012, and Spirit, a manufacturer of foodservice products including cups, cutlery, straws and stirrers, in 2013.

Pactiv Job Search in US and Canada

Top Jobs at Pactiv by City

Everything you need to know about becoming a dermatologist
Ashley Jones
These US cities will pay up to $20,000 for you to relocate—but there’s always a catch
Benjamin Lorber
A guide to using social media to your advantage when job hunting
Sarah Dillon
Ladders / Company / Pactiv