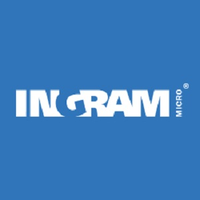 What are the highest paying jobs at Ingram Micro?

Ingram Micro is an American distributor of information technology products and services. The company is based in Irvine, California, U.S. and has operations around the world. In December 2020, Platinum Equity, announced its intent to acquire Ingram Micro in an all-cash transaction with an equity value of approximately US$7.2 billion. The transaction is expected to be completed in the first half of 2021.

Ingram Micro's origins trace back to the founding of distributor Micro D, Inc. in July 1979 by husband and wife team, Geza Czige and Lorraine Mecca, who were both teachers. The company started in Southern California and in its first year of business achieved approximately $3.5 million in sales. It rapidly expanded nationwide and held its public offering in 1983. Ingram Industries became a majority stockholder of Micro D in February 1986 when it acquired all of the common stock held by the company's founders, followed by the purchase of the remaining Micro D shares in March 1989.

Ingram Micro Job Search in US and Canada

View All Plainfield, IN Jobs

8 high paying remote jobs you can get right now (and how to get hired there)
Sara London
7 ways to manage the effects of job search fatigue
Rolf Bax
Have you been the victim of 1 of these 7 cases of wrongful termination?
AnnaMarie Houlis
Ladders / Company / Ingram Micro