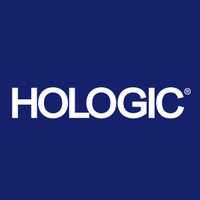 What are the highest paying jobs at Hologic?

In late November 2013, activist investor Carl Icahn disclosed a 12.5% stake in the company. Subsequently, the company adopted a poison pill to prevent a hostile takeover. In negotiations with the Company's board of directors, two additional directors backed by Mr. Icahn were added to the board, each managing directors of Icahn holding companies. Icahn considered his investment and intervention into Hologic to have been a success, with his nominees to the board of directors resigning on March 3, 2016 and exiting his position by May 16, 2016.

On November 20, 2019, Hologic announced the divestment of Cynosure to Clayton, Dubilier & Rice for $205 million; this was completed on December 30, 2019. Cynosure had ~825 employees at the time of the divestiture.

In June 2020, Hologic collaborated with Grifols, a global producer of plasma-driven medicines, to increase Spain's testing capacity for COVID-19.

Hologic Job Search in US and Canada

Top Jobs at Hologic by City

America falls way short, adds fewer jobs than expected in April
Kyle Schnitzer
Everything you need to know about becoming a dermatologist
Ashley Jones
These US cities will pay up to $20,000 for you to relocate—but there’s always a catch
Benjamin Lorber
Ladders / Company / Hologic