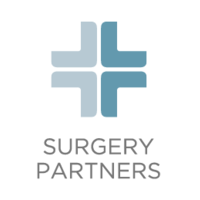 What are the highest paying jobs at Surgery Partners, Inc.?

United Surgical Partners International was founded in 1998, is an American ambulatory care company based in Dallas, Texas. It was founded by Don Steen in 1998.

USPI currently is active in 28 states. USPI currently operates over 400 ambulatory facilities serving 9,000 physicians and 3.4 million patients annually. The company had partnerships with over 4,000 physicians and over 50 health systems in the United States, with over 19,000 employees. The company went public in 2001 and was taken private again in 2007.

In April 2015, USPI and Tenet Healthcare entered into an agreement to create the nation's largest ambulatory surgery platform. The transaction was finalized in June 2015.

Surgery Partners, Inc. Job Search in US and Canada

Get paid to dream at work: This company will pay you to nap
Sara London
The average salary of a Chipotle general manager is $100K — and they’re hiring
Kyle Schnitzer
Amazon is now hiring 75K workers — and offering some $1K bonuses
Kyle Schnitzer
Ladders / Company / Surgery Partners, Inc.