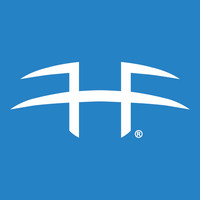 What are the highest paying jobs at HollyFrontier Corporation?

In 2003, Frontier Oil agreed to acquire Holly but Holly later cancelled the merger, leading to litigation.

In 2009, Holly Corporation acquired 2 refineries in Tulsa, Oklahoma: one from Sinclair Oil Corporation for $128 million and one from Sunoco.

In early 2019, HollyFrontier acquired Sonneborn, a manufacturer of food grade white mineral oils and waxes in Petrolia, Pennsylvania, for $655 million.

In June 2020, HollyFrontier announced its Cheyenne refinery will cease processing petroleum, instead shifting production solely to renewable fuel, with the loss of approximately 200 workers.

HollyFrontier Corporation Job Search in US and Canada

IT Change and Configuration Analyst

These are the 15 highest-paying psychology jobs
Hailey Hudson
6 jobs that prepare you for side hustle success
Kyle Young
This is what work will look like in 2030, and it isn’t pretty
Kyle Schnitzer
Ladders / Company / HollyFrontier Corporation