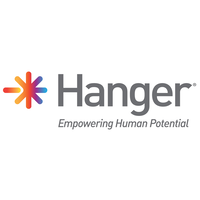 What are the highest paying jobs at Hanger?

Hanger, Inc. is a leading national provider of products and services that assist in enhancing or restoring the physical capabilities of patients with disabilities or injuries that is headquartered in Austin, TX. The company provides orthotic and prosthetic services, distributes O&P devices and components, manages O&P networks, and provides therapeutic solutions to patients and businesses in acute, post-acute, and clinical settings. Hanger, Inc. operates through two segments: Patient Care and Products & Services.

The primary division of Hanger, Inc.'s Patient Care segment is Hanger Clinic, which specializes in the design, fabrication, and delivery of custom O&P devices through 677 patient care clinics, with 109 satellite locations in 44 states, as well as the District of Columbia as of September 30, 2018. According to the company's 2017 annual report, the patient care market for prosthetic and orthotic services in the United States is estimated at $4 billion annually. Hanger Clinic represents about 20 percent of this market. The company employs approximately 4,600 people, including about 1,500 prosthetic and orthotic practitioners.

James Edward Hanger, the first documented amputee of the American Civil War, founded the company in Virginia in 1861.

A remark in Ambrose Bierce's postwar memoir that "We shot off a Confederate leg at Philippi" refers to Hanger. At 18 years of age, Hanger joined the Confederate cavalry at Philippi, Virginia, on June 2, 1861. One day later, during the Battle of Philippi, while Hanger was sheltering inside a stable with the rest of the Churchville Cavalry when the "first solid Union cannon shot of the war" bounced into the stable and struck his leg. The injury required amputation of Hanger's leg above the knee; he underwent the first battlefield amputation of the war, at the hands of Union surgeons. Hanger returned to his parents’ home to recuperate wearing a prosthesis that was essentially a wooden peg. His dissatisfaction with the fit and function of the limb replacement led Hanger to design and construct a new prosthesis from whittled barrel staves, rubber and wood, with hinges at the knee and foot. The device worked well, and the state legislature commissioned him to manufacture the “Hanger Limb” for other wounded soldiers.

Hanger Job Search in US and Canada

Top Jobs at Hanger by City

America falls way short, adds fewer jobs than expected in April
Kyle Schnitzer
Everything you need to know about becoming a dermatologist
Ashley Jones
These US cities will pay up to $20,000 for you to relocate—but there’s always a catch
Benjamin Lorber
Ladders / Company / Hanger