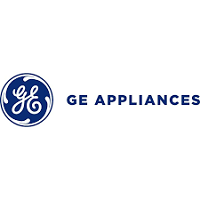 What are the highest paying jobs at GE Appliances?

GE Appliances is an American home appliance manufacturer based in Louisville, Kentucky. It has been majority owned by Chinese multinational home appliances company Haier since 2016. It is one of the largest appliance companies in the United States and manufactures appliances under several brands, including GE, GE Profile, Café, Monogram, Haier and Hotpoint. The company also owns FirstBuild, a co-creation community and micro-factory on the University of Louisville's campus in Louisville, Kentucky. Another FirstBuild location is in South Korea, and a FirstBuild location in India opened its doors in 2019.

The company was owned by General Electric until 2016, and it was previously known as GE Appliances & Lighting and GE Consumer & Industrial. Haier has the right to use the GE brand name until 2056.

GE Appliances Job Search in US and Canada

Get paid to dream at work: This company will pay you to nap
Sara London
The average salary of a Chipotle general manager is $100K — and they’re hiring
Kyle Schnitzer
Amazon is now hiring 75K workers — and offering some $1K bonuses
Kyle Schnitzer
Ladders / Company / GE Appliances