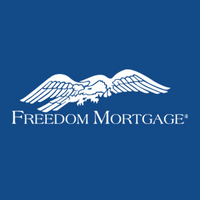 What are the highest paying jobs at Freedom Mortgage?

American Freedom Mortgage, Inc. was a private S Corporation incorporated on February 2, 2001, according to the Georgia Secretary of State, and headquartered in Marietta, Georgia. AFM conducted business as a multi-state direct-to-consumer correspondent lender and mortgage broker specializing in the origination of subprime and Alt-A mortgage loans. AFM also operated a wholesale mortgage lending division that originated loans via approved mortgage brokers and which used the fictitious name AFMI Funding. As a correspondent lender, AFM sold the mortgage loans on the open market to larger investors.

According to an article in The Wall Street Journal, AFM originated loans for a fee, then sold them to investors such as HSBC Mortgage Services, Inc. and mortgage-finance company Countrywide Financial Corporation.

The CEO of AFM was Tamara Burch and the COO was DeeAnn Myers. Prior to co-founding AFM, both Burch and Myers were loan originators with St. Louis, Missouri-based American Equity Mortgage, Inc., a leading subprime mortgage lender.

On January 30, 2007, AFM and Burch both filed voluntary "no asset" Chapter 7 bankruptcy petitions in the United States Bankruptcy Court for the Northern District of Georgia. Both the AFM and Burch bankruptcy cases were subsequently converted to "asset" cases by the Bankruptcy Trustee after assets for distribution to unsecured creditors were discovered. The AFM bankruptcy case was assigned Case No. 07-61304-jem.

Freedom Mortgage Job Search in US and Canada