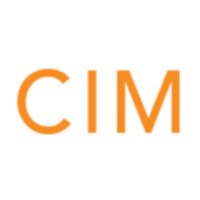 What are the highest paying jobs at CIM Group?

The company was founded in 1994 by Shaul Kuba, Richard Ressler, and Avi Shemesh. Kuba and Shemesh are childhood friends that emigrated to the United States from Israel in the 1980s, where they set up a landscaping business. Ressler, a former investment banker at Drexel Burnham Lambert, became a landscaping customer and then joined them to invest in real estate.

In 2004, the company acquired the site for Hollywood & Highland, which included the Tiffany Theater. It redeveloped the property and sold it in 2019 for $325 million; however, it did not sell the Dolby Theatre which is on the property.

In the early 2000s, the company developed much of the Third Street Promenade.

In 2005, in partnership with JBG Smith, the company acquired the Marriott Wardman Park hotel from Thayer Lodging Group for $300 million.

In October 2008, the company acquired the Ordway Building, the tallest building in Oakland, California as part of a $412 million acquisition from Brandywine Realty Trust.

CIM Group Job Search in US and Canada

Get paid to dream at work: This company will pay you to nap
Sara London
The average salary of a Chipotle general manager is $100K — and they’re hiring
Kyle Schnitzer
Amazon is now hiring 75K workers — and offering some $1K bonuses
Kyle Schnitzer
Ladders / Company / CIM Group