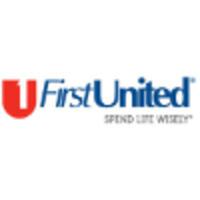 What are the highest paying jobs at First United Bank?

First United Bank is a community bank headquartered in Durant, Oklahoma that provides personal and commercial banking, investment management, insurance, and mortgage products and services to customers at more than 85 locations throughout Oklahoma and Texas.

First United has recently grown from having combined assets of over $6 billion to having almost $8 billion in combined assetsand is the 7th largest bank in its home state of Oklahoma.

First United began as Durant National Bank on Oct. 2, 1900 when it first opened its doors in Blue County, Choctaw Nation Territory, which is known today as Durant, Oklahoma.

In 1915, Durant National Bank absorbed eight banks in the Oklahoma region, and in 1916, constructed a new building in Durant at 2nd and Main Streets. In 1963, Durant National Bank was renamed to Durant Bank & Trust becoming one of the first banks in Oklahoma to have full trust powers. Durant Bank & Trust was then renamed to be First United Bank in 1998.

First United Bank Job Search in US and Canada

Get paid to dream at work: This company will pay you to nap
Sara London
The average salary of a Chipotle general manager is $100K — and they’re hiring
Kyle Schnitzer
Amazon is now hiring 75K workers — and offering some $1K bonuses
Kyle Schnitzer
Ladders / Company / First United Bank