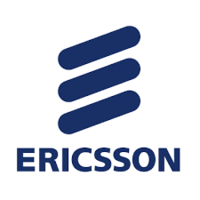 What are the highest paying jobs at Ericsson?

Ericsson had a 27% market share in the 2G/3G/4G mobile network infrastructure market in 2018, thus being the largest such non-Chinese company.

The company was founded in 1876 by Lars Magnus Ericsson and was taken over by the Wallenberg family in 1960; today, the family, through its holding company Investor AB, owns a controlling 22.53% voting power. As of 2016 it is headquartered in Stockholm, Sweden. The company employs around 95,000 people and operates in around 180 countries. Ericsson holds over 49,000 granted patents as of September 2019, including many in wireless communications. Ericsson is the inventor of Bluetooth technology. Ericsson leads the implementation of 5G worldwide, partly through the use of massive MIMO technology.

Ericsson Job Search in US and Canada

Top Jobs at Ericsson by City

Get paid to dream at work: This company will pay you to nap
Sara London
The average salary of a Chipotle general manager is $100K — and they’re hiring
Kyle Schnitzer
Amazon is now hiring 75K workers — and offering some $1K bonuses
Kyle Schnitzer
Ladders / Company / Ericsson