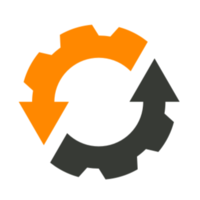 What are the highest paying jobs at EquipmentShare?

United Rentals, Inc. is the world's largest equipment rental company, with about 13 percent of the North American market share as of 2019. It owns the largest rental fleet in the world with about 660,000 rental units totaling about $14.2 billion in original equipment cost. The company has a workforce of approximately 18,800 employees, and operates 1,186 locations across 49 U.S. states, 10 Canadian provinces, Puerto Rico and four European countries. In 2017, United Rentals' revenue totaled more than $6.64 billion, with over $1.35 billion in profit. It is ranked #424 on the Fortune 500, and #1183 on the Forbes Global 2000 list of the world's largest public companies.

URI was founded in 1997 by Bradley Jacobs and grew primarily through acquisition. It offers general, aerial, and specialty rentals to a customer base that includes construction and industrial companies; utilities; municipalities; and homeowners. In addition to rentals, the company offers new and used equipment sales, servicing, and safety training.

United Rentals is currently led by Matthew Flannery, Dale Asplund, and Jessica Graziano. It is headquartered in Stamford, Connecticut. In 2019, United Rentals was announced the 6th best stock of the 2010s, with a total return of 1,559%.

EquipmentShare Job Search in US and Canada

Top Jobs at EquipmentShare by City