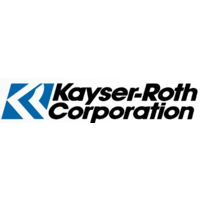 What are the highest paying jobs at Kayser Roth?

Kayser-Roth Corporation is an underwear and hosiery manufacturer based in Greensboro, North Carolina. The company currently markets three owned brands in North America, No Nonsense, Hue and Burlington.

Julius Kayser & Co., the predecessor to the modern Kayser-Roth Corporation, was founded in the early 20th century by Julius Kayser and was a manufacturer of hosiery, lingerie and gloves. In 1958, the company purchased the Chester H. Roth Company, forming Kayser-Roth. Alfred P. Slaner, the first head of the merged company, developed Supp-Hose hosiery.

In 1968, a merger with Penn Central Transportation Company was explored, however terms could not be agreed.

In 1973, in order to compete with the L'eggs brand, Kayser-Roth launched No Nonsense, which was one of the first brands of hosiery to be sold in supermarkets, drugstores and discount department stores. In 1975 Kayser-Roth was purchased by conglomerate Gulf+Western.

In the years under Gulf+Western's ownership, improvements were made to Canadian manufacturing plants, most notably in Ontario and Quebec. Forays into diverse markets such as the automotive industry were carried out. During the late-1970s and early-1980s almost every GM automobile produced had Kayser-Roth components on board.

In 1985 Gulf+Western began divesting all of its non-entertainment enterprises, with Kayser-Roth being sold to the Wickes Companies. In 1993, the Mexican hosiery manufacturer Grupo Synkro purchased the company for approximately $230 million.